Part 5: You Need to Have a Few Drinks

To conquer their fear, most cheese chasers fall back on Dutch courage.

Like wine and cheese, drinking and cheese rolling have gone together for as long as anyone can remember.

"I don't think they get pissed up just for the sake of it," one rescuer says. "You need to have a few drinks to get yourself into a state where you'd actually throw yourself off the top."

For many runners, the anaesthetic of choice is locally made farmhouse scrumpy, although connoisseurs frown on chasing under the influence.

"I always feel that if they've had too much to drink, they'd never win a cheese," Iris says. "They might get to the bottom eventually, but they've got to have a certain amount of clarity in the mind to win one." 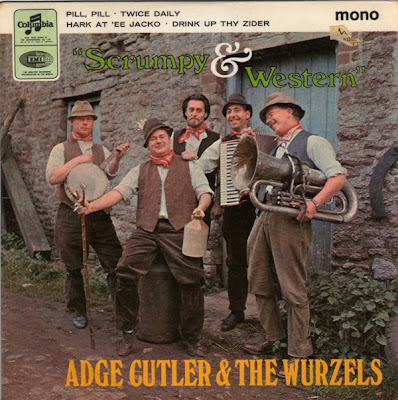 That said, drinking may help them stay in one piece.

"It does help if you're totally legless—you relax when you fall," another local says.

Apart from an apocryphal story about a runner dropping dead centuries ago, cheese rolling has yet to produce a serious casualty, defined as a paralysing injury or, God forbid, a fatality.

For the organisers, injuries are a sore point, so to speak. They accuse the media—particularly the local papers—of sensationalising the event by focusing on casualties.

"That's the only reason why they report on this event because they like to get as many as they can," grumbles Tony Peasley, Iris' husband. "They're so unremittingly negative about the cheese rolling."

In years when the body count is particularly high—more than a dozen or so—the papers print close-ups of bloodstained competitors lying prostrate on the hill.

For hardened veterans, though, gashed heads and broken bones are inevitable.

"That's the whole essence of the cheese rolling," argues Tony. "People know that there is an element of risk—there has to be. Otherwise… why roll cheeses down the hill and chase after them?"

Why indeed? For injuries, like alcohol, have always been a part of cheese rolling.

The first photos of the event capture an Edwardian casualty in progress: "The leading competitor has pitched right over, and can be seen halfway down standing on his head," the caption explains.

Like what you've read?
You can buy True Brits here.
Posted by Unknown at 17:14